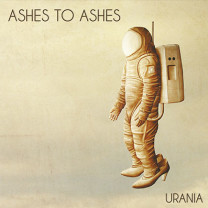 Ashes To Ashes is an Italian alternative rock band founded in Genova, in 2010 by the singer/pianist Marta Vassallo, lead guitarist Paolo Schiavi and drummer Paolo Di Lorenzo. During April 2012 the Ashes To Ashes flew overseas and recorded their first album at Westfall Recording Company in New York! The first record “Borderline” has been critically acclaimed but this new effort “Urania” will mark a huge step ahead for the band thanx to its mainstream appeal. “Catchy, sophisticated and classy” is the best way to describe “Ashes To Ashes”.