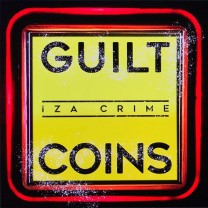 First single from Guilt Coins out now via Epictronic​ / The Orchard​.
Taken from the upcoming debut album “Keep The Kick” due for release via Epictronic.

“Guilt Coins are a rock and roll band – four men split between Essex and London who come together every week to make a noise. The songs recorded for their debut album Keep The Kick are the result of endless jams. Each jam different with no preconception of what a Guilt Coins song should sound like. Guilt Coins take their influences from rock and roll, soul, funk and folk. Live, the band take their music to another level with an electric and blistering energy.“